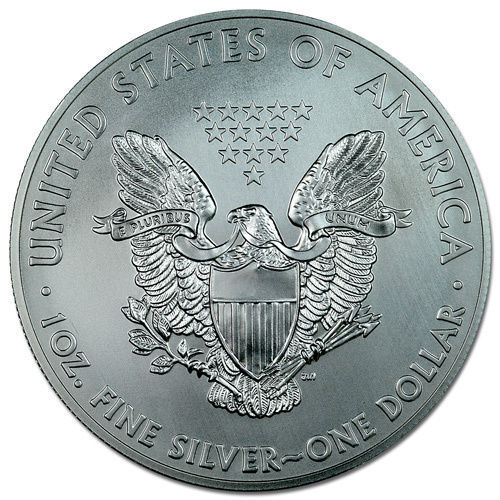 People all over the world diversify their investments with precious metals as part of their portfolio. Collectors also appreciate the beauty and quality of fine coins in silver and gold. American Silver Eagle coins offer quality coins for both the investor and collector.

What is a bullion coin?

A bullion coin is a coin struck from precious metals, like gold or silver, and used as a store of value rather than as currency. Bullion coins minted by governments can have a currency face value, but this is usually less than their value as an investment. In the United States, these coins must be 99.9% precious metal and be minted as U.S. legal tender.

What is the American Silver Eagle?

Is it the same as the Silver American Eagle coin?

How is the American Eagle proof coin different?

The Silver Eagle bullion coin is a standard-strike coin intended for widespread circulation. With proof coins, the striking process is repeated twice, which creates much finer detail. They are also highly polished to appeal to the collector. Generally, a person who wants to buy American Eagle silver coins as an investment would buy the bullion coin. Collectors who want a more beautiful and rare coin will usually buy the proof.

What designs are on the coin?

The obverse side of the coin is stamped with the design called ‘"Walking Liberty." Created by Adolph Weinman, it was first used on the 1916 half dollar. It features the goddess Liberty walking toward the sun, carrying branches of olive and oak, the flag of the United States behind her. She is surrounded by the words “Liberty”, “In God We Trust”, and the date of minting. A modified version of the Great Seal of the United States appears on the reverse side. The words “United States of America” and “1oz. Fine Silver One Dollar” encircle the seal.