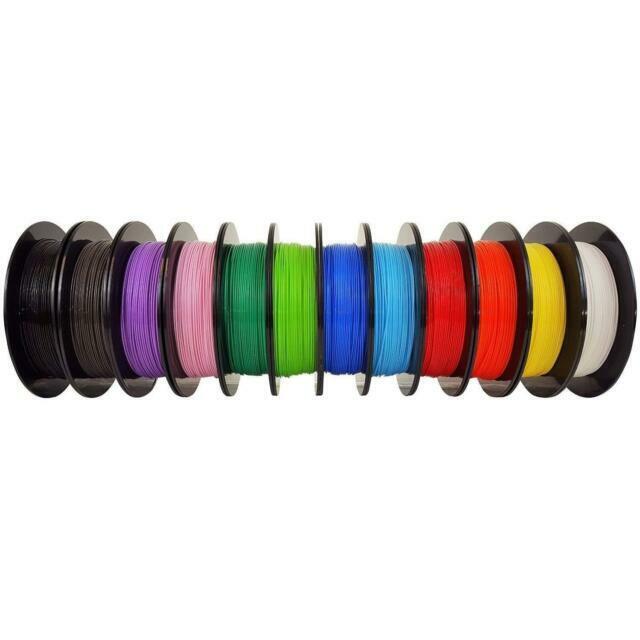 3D Printing, which has been around for nearly 40 years, has been making a big impact for the past 10 years or so. It was once predicted that it would change the world. But has it? In some ways it has, and in some ways there is still a lot to learn. One area of growth is the consumable filaments that are used when 3D printing. The most used types are PLA and ABS.

Polylactic acid (PLA) is a biodegradable thermoplastic. The term PLA comprises a group of bioplastics that are derived from renewable materials such as corn or sugar and have similar characteristics to other common plastics like polyethylene or polypropylene. The term "thermoplastic" suggests that the material is sensitive to heat and, therefore, is ideal for processes that require heat to manipulate it like 3D printing.

What are the heating requirements of black PLA?

What are some advantages of PLA?

PLA is derived from a plant-based source, making it compostable in industrial facilities. Because of this, the manufacturing source is also renewable. PLA is less toxic than the ABS plastics also used in 3D printing. This makes PLA ideal for spaces where children may be present.

How do the colors differ?

Color adds variety to a project, however, some of the additives in the multicolor PLAs can change their characteristics. Multicolor PLAs have different characteristics than white PLA or black PLA. However, they all perform as they are supposed to in the 3D printer. Black filaments are the most accessible and most common type of PLA that's available to purchase.

Is there a particular size PLA filament to use?

Diameters of the PLA can also affect the resolution of the 3D printer. A higher resolution will often require a smaller diameter filament, so there is not too much material in the nozzle. Like most things, buying in bulk at the 5kg filament size may be less expensive than buying smaller spools of black filament.