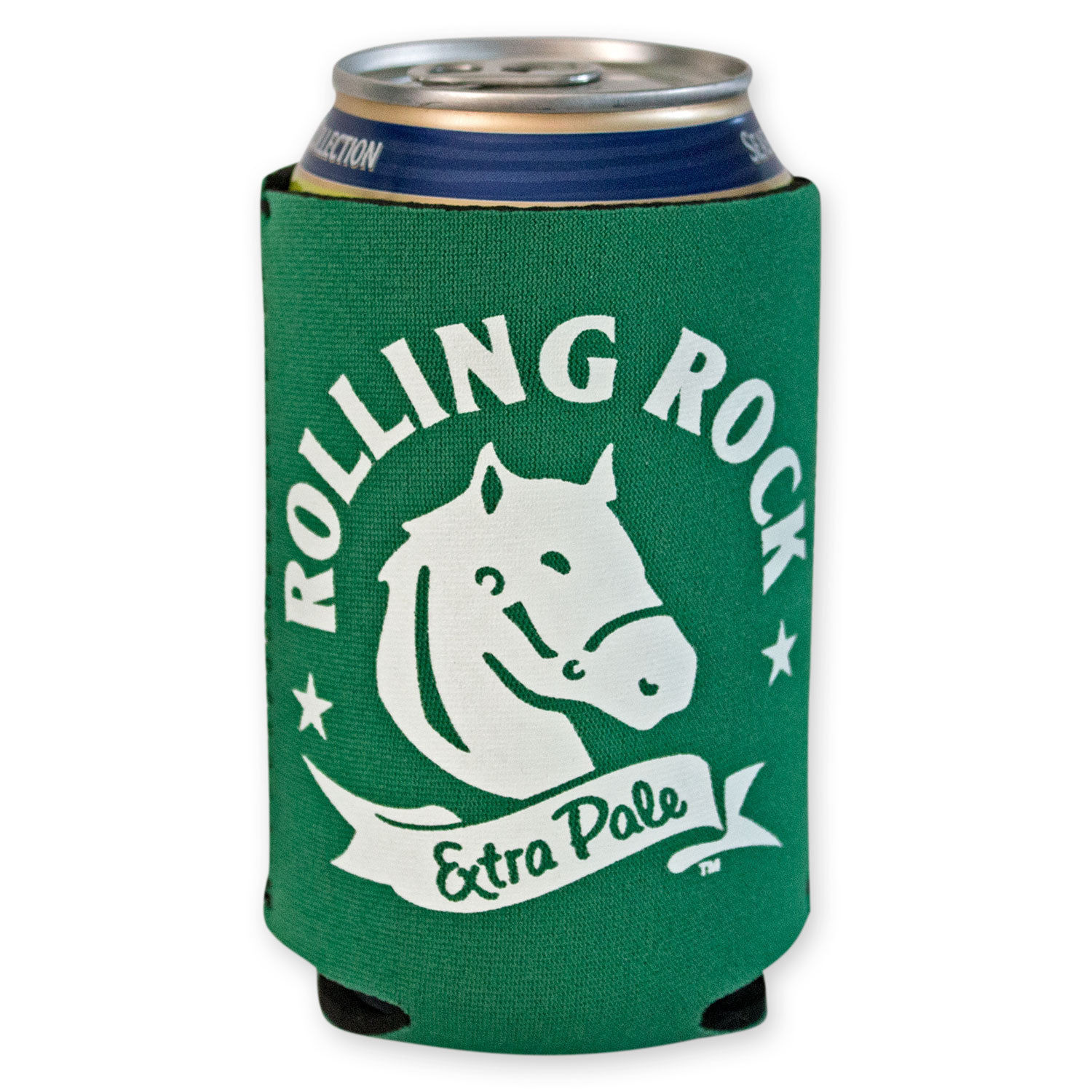 Rolling Rock is an American lager that was launched by the Latrobe Brewing Company in Pennsylvania in the 1930s. It is now manufactured by the Anheuser-Busch Brewing Company. There are many collectible beer memorabilia such as signs, tins, and a variety of other items.

What kinds of memorabilia are there to collect?

There are many kinds, including:

What is on this beer brands logo?

Each beer bottle features a race starting gate in white with "Rolling Rock" written on the front of the gate and "extra pale" just beneath it. A blue ribbon with a horse in the middle and the words "premium beer" are written around it. The back of the beer bottle features the same animal that is on the front, with a phrase about Latrobe, the spring mountain water that is used to make the beer, and the number "33," the significance of which is a mystery. This is all against the backdrop of a green beer bottle.

What do the signs feature?

Beyond the LED or neon lighting on some of the signs, most of them are made with metal, often tin. They can also feature pictures that are not on the bottles. Some of these pictures include a picture of the brew house with the words "A Unique State of Beer" included on it. Another one features a clover with "The Drinkin O the Green." Some can be advertisements that are framed and feature the bottle with the spring in the background. Many combinations of the starting gate, the bottle, and the horse are available.