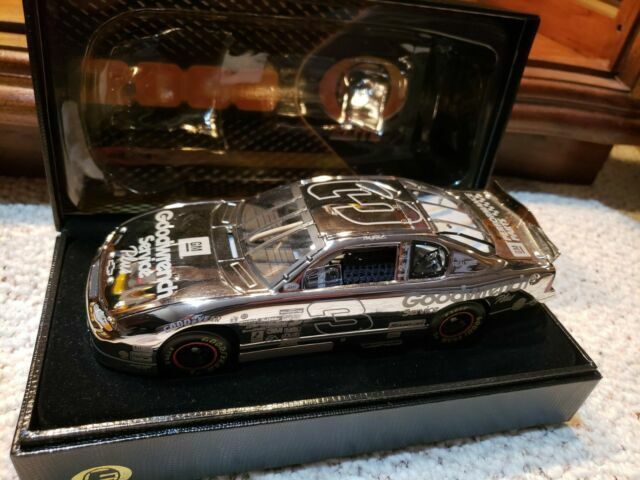 Fans of the Dale Earnhardt RCCA die-cast racing cars show their loyalty and continued support via die-cast model collectibles. Available in a wide variety of model years, sizes, and selections, the collection of die-cast pieces is a compelling activity. With the vast range of items available, you are sure to find something to add to your collection.

What does die-cast mean in collectible terminology?

Die-casting is a method of creating a toy by placing molten metal into a mold to create a specified shape. Die-cast items are usually created using a zinc alloy of molten lead. In addition to the main metal body of the toy, they can also die-cast toys can also feature parts made of rubber, plastic, glass, or other machined-metal pieces.

The scale measure is the size of the model relative to the size of the actual real-world object. The two most commonly seen die-cast scales in racing memorabilia are 1:64 and 1:24. Regarding size, Hot Wheels cars are usually 1:64 scale. To give you an idea of the size of 1:64 scale, the imaginary human being who could sit in a 1:64 scale car would be about 1-1⁄16 inches tall. Some other scales, such as 1:32 and 1:43, are out there, but they are seen less often in die-cast cars.

Do some NASCAR Chevrolet die-cast collectibles come with operational parts?

Yes, many pieces have movable parts, making them more detailed, interesting. and fun to play with. The moving parts on some of these models, including the Dale Earnhardt and Dale Earnhardt Jr. Chevrolet models, can include opening trunks and hoods, functioning steering wheels, and responsive suspension. In some cases, you can find some models with disc brake assemblies, exhaust openings, aero-designed wheels, manufacturer-specific engine details, and other intricate workings.

Some of the most commonly seen models on the market are the teams hauler transporters from different eras and sponsors. Dually trucks are out there, among other models that are team-specific. Some of these items might come with collectors cards and certificates of authenticity to show that theyre genuine articles.

Are sets available with both Dale Sr. and Dale Jr.?

Yes, there are some limited-edition die-cast sets out on the market that feature both Dale Earnhardt and Dale Earnhardt Jr. together so that you can have a model display that highlights the legacy of racing in this famous family.

Content provided for informational purposes only. eBay is not affiliated with or endorsed by NASCAR or Dale Earnhardt.