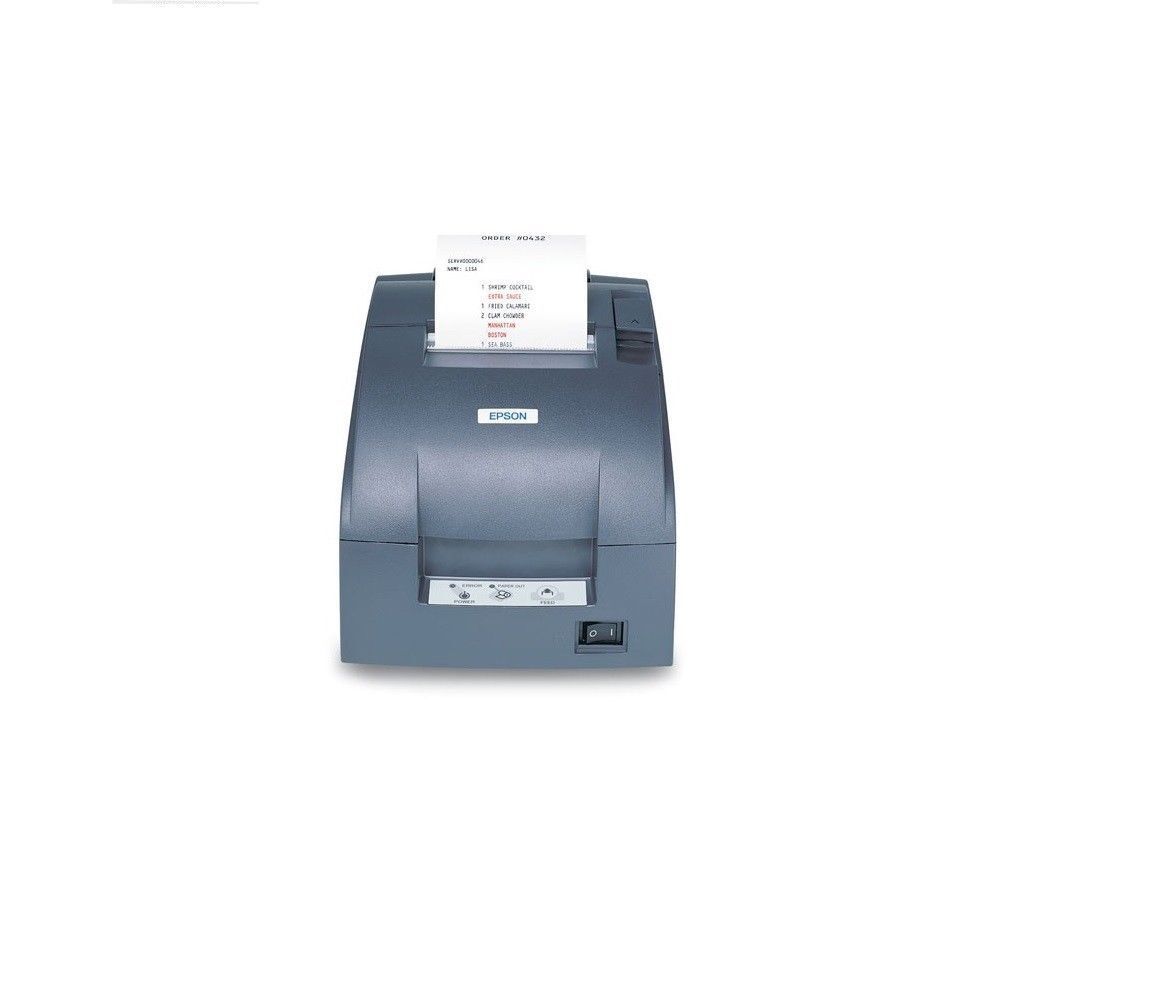 A dot matrix printer is a printing device in which a print head directly imprints the ink on the paper through a back-and-forth or up-and-down motion. Dot matrix printing was supplanted by inkjet printers in the mid-1990s. Although dot matrix technology is no longer the standard method of printing for most consumer applications, dot matrix printing is still used in some industries, such as banking and retail.

How does a dot matrix printer work?

This type of equipment, also known as an impact matrix printer, works in a similar way to a typewriter. A printer head strikes the paper with an ink ribbon and prints one line at a time. But whereas a typewriter has fixed characters, a dot matrix printer forms each character separately according to an arrangement of small pins on the print head. These pins are driven forward by an electromagnet.

The dot matrix printer can either have a moving print head or a stationary print head. The fixed heads can print well over a thousand characters per minute, resulting in an output of up to 800 pages in one hour. A typical dot matrix printer can print both text and basic graphics. The graphics are formed by tiny dots arranged across the paper, giving the image a blocky appearance. Although it is based on an old technology, more advanced dot matrix printers with USB connections are available.

What determines the actual quality of the printer?

The quality of the printer depends on the number and size of the pins on the printer head. The most common dot matrix impact printers have 24 pins, but different models of printers can vary from a mere 7 pins to 48 total pins. A large 24-pin or 48-pin printer lays down a denser dot pattern in a single pass while simultaneously covering a larger area.

How are dot matrix printers used in business?

Dot matrix printing is primarily used for ATMs, cash registers, sales terminals, and file systems. They are also somewhat common in business environments that need to print continuous feed documents or multi-part forms. Dot matrix printers are generally confined to simpler tasks such as orders, receipts, and activity logs. This technology has a few major advantages: