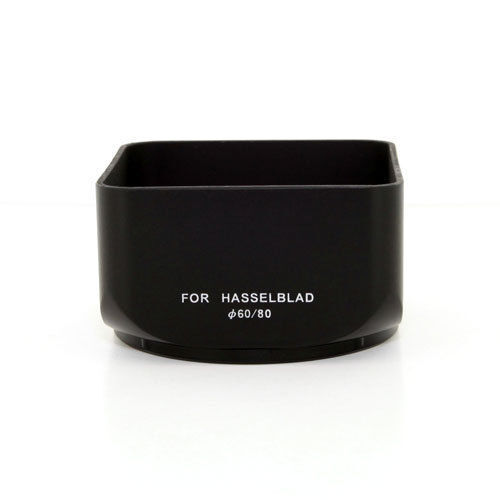 Hasselblad brand cameras and accessories date to the early 20th century and have a notable history. For example, the Swedish Air Force used them during World War II to capture aerial images from where cameras were mounted on aircraft. Lens hoods manufactured by this Swedish company come in a variety of configurations and shapes, matching different camera lines designed over several decades.

What are the different shapes of Hasselblad shades or hoods?

Hasselblad camera hoods or shades come in a variety of shapes to match a wide variety of Hasselblad camera models. Given the purpose of a hood to block glare or lens flare on the film exposure, these hoods must be proportioned and designed to match both the focal length of the given lens as well as the finished shape of the exposure or film. Some of the most common Hasselblad camera lens shade shapes include:

What materials are used to make moving bellow lens shades?

How do hoods prevent flare?

A lens may include several different layers of glass that create the ability to focus or zoom out or in on the subject matter. Extra light that passes through the system can thus become diffused or scattered as it meets the different layers of glass. As this happens, this light becomes flare which can create unwanted areas of exposure on the image in the photograph. A hood blocks unwanted light thus cuts down on the occurrence of flare.

Content provided for informational purposes only. eBay is not affiliated with or endorsed by Hasselblad.