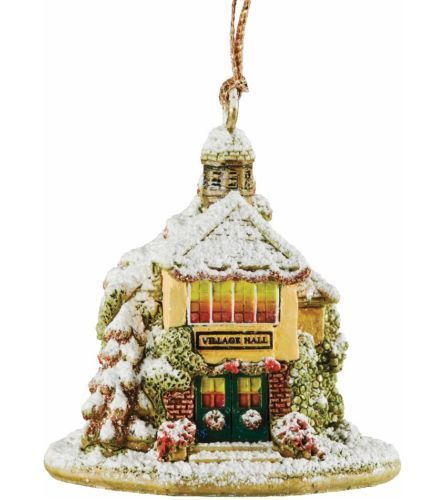 From 1982 to 2016, owner David Tate and other craftsmen handcrafted Lilliput Lanes cottages and Christmas ornaments with the desire to capture the vernacular architectural history of Great Britain. Each location was researched before it was made of wax, with each stone and shingle being individually added. Finally, each piece was carefully cast.

Did Lilliput Lane make any numbered limited editions for collectors?

Yes, several limited edition models were made. They were all retired in the 1990s. They include:

What are some of the ornaments?

Each ornament, including those featuring houses and cottages, comes in a box with a deed. The company attempted to add at least one new ornament annually, including:

What are some of the winter cottages in a box?

The cottages also released standalone houses and collectibles in their own boxes for the winter holidays, including:

Were any creations based on United States architecture?

Yes, it started making American miniature cottages in 1989, and they made five different series. Like other houses and collectibles, each creation comes in a box with a deed. The five series are:

Were any miniature nature-themed pieces made?

In addition to cottages, ornaments, and houses, nature models were produced. An example of a miniature series is Secret Gardens. David Tate created most Secret Garden collectibles based on actual gardens in England. Due to their authenticity, they soon became a favorite for many collectors. The Secret Gardens model came in a box with a deed. It was retired in 2000.

Content provided for informational purposes only. eBay is not affiliated with or endorsed by Lilliput Lane.