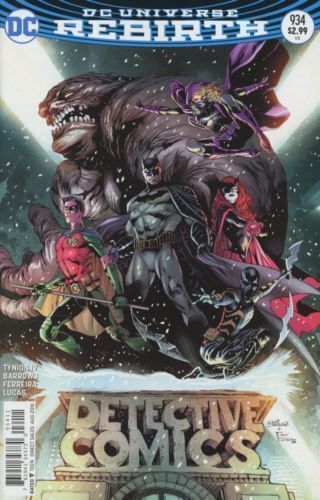 Modern Age comics are as collectible as Bronze Age issues. These comics feature edgy content and unique stories that keep fans coming back for more. Some iconic releases during this period include DCs "Swamp Thing" and Neil Gaimans "The Sand Man."

What are considered Modern Age comics?

Collectors usually refer to comic books drawn after 1985 as Modern Age comic books. The Modern Age is also sometimes referred to as the Dark Age, because gritty storylines came into vogue with both DC and Marvel artists. Only lesser-known comic publishers ever used these storylines, but now even Superman plots incorporate this kind of material. This era also saw the rise of dark films, including the 1989 Batman movie. These releases have helped to shape the kind of serious story material that modern readers have come to appreciate.

What size are Modern comics?

Cover sizes now adhere to a standard size of around 6.625 inches by 10.25 inches, and the internal pages of floppies usually feature the same size as the exterior cover. Theyre almost always 32 pages long. Fan art, letters to the editor, and other such material might also count toward this length. Graphic novels are usually larger and longer than floppies.

How are Modern comics made?

Traditional cover art is done in pencil by a sketch artist, which is then covered over with a pen by the inker before its colored. Writers and the art department generally submit storyboard art, which then receives a similar treatment. Tablet drawing systems have been revolutionizing the process since the 1980s, but some series still use art produced this way. Some artists that need precise straight lines will remap the numeric keypad on a computer keyboard so they can control a cursor with it.

Many superhero series began life as floppies before branching out into other forms of media. For instance, there have been many films that feature Batman as a character. Nevertheless, the original Batman floppy series still gets published. Other properties, like Star Wars and Star Trek, began life on the silver screen before transitioning to comics. Fans refer to the process of movies and video games getting comic adaptations as media licensing. Some fans collect media comics as well as superhero floppies.

Why do some post-modern comics have multiple first issues?

Many superhero franchises reboot themselves. Publishers usually release a new first issue for each of these story reboots. Heroes like Wolverine and Spider-Man might have storylines where they end up getting their own comics before joining a different team. The publisher might reset the issue numbering to reflect this, as well.