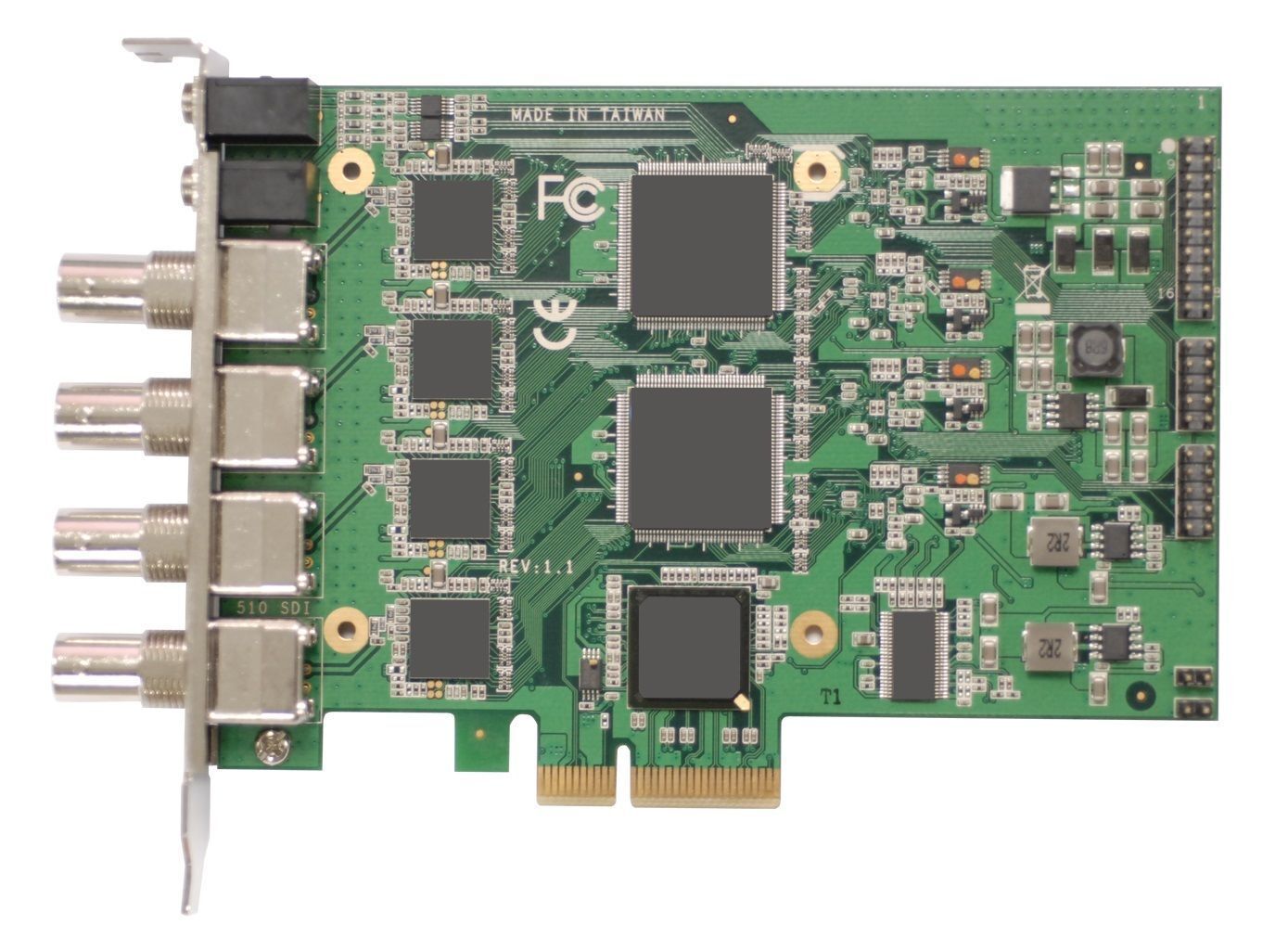 A video capture card connects to an external video source, including video cameras, DVD players, gaming systems, or broadcast television. These also allow you to capture and record video games, live television, and other video signals on your computer. If you are using an analog device, then some cards can also convert an analog signal into a digital signal.

What interface does a video capture card use?

A video capture card may use one or more of the following interfaces:

How does a video capture card connect to a computer?

Video capture cards will fit into an empty expansion slot in your computer and connect to the motherboard through a PCI Express interface, also known as PCIe or PCI-e, much like a graphics card. There are a few different factors that affect the data transfer rate of the interface. One factor is the version of the PCIe standard you are using. There are four versions of PCIe, although only three are commonly available in mainstream personal computers. Each subsequent version of PCI Express has higher data transfer rates than the one before it, and later versions are also backward-compatible with previous versions. The second major factor is the number of data lanes. A PCIe interface can consist of anywhere between one to 32 different lanes, which multiply the data throughput of the data transmitted through the PCI Express interface. If the base rate is 250MB per second, then an x4 interface will have an actual transfer rate of 1GB per second.

Can video capture cards stream video over the internet?

This depends on what capture card you own. If you want to stream video from a gaming system, then the manufacturer should note what consoles or systems their card is compatible with. The Sony PlayStation 4, Microsoft Xbox One, and Nintendo Switch are supported by specific cards.