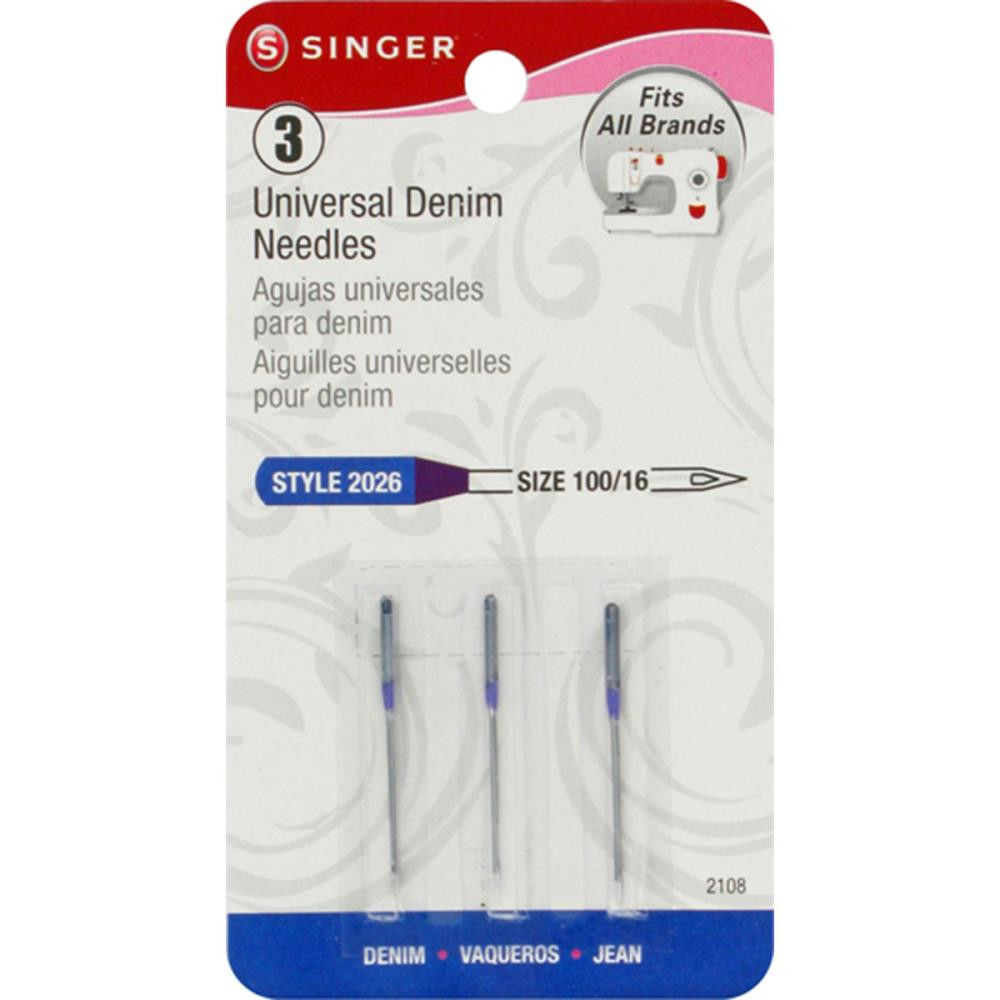 Sewing machine needles come in so many different types and brands. Even occasional machine sewists need a good supply of needles because they have to be replaced after 8–10 hours of use. Here’s a brief guide to needles for your machine.

Can one type of sewing machine needle do it all?

The universal needle, which can be used with both woven and knit fabrics, comes closest to being a do-it-all needle. Even with a universal needle, you’ll need an assortment of sizes. If you can’t find universal needles, use sharps on woven fabric and ball-point sewing machine needles on knits and jerseys. Other, more specialized needles include:

Industrial needles are designed to withstand faster, harder working industrial (commercial) machines. They can’t be used on regular home sewing machines because they’re a different shape! Regular machines take flat needles—that is, they are rounded in front, but flat in back. Industrial needles are completely rounded. Industrial machines are faster, but they are also harder to use, so they might not be ideal for beginners. Serious quilters like them because they easily sew through many layers of fabric. Most embroidery sewing machines are also industrial level.

Should you economize on sewing machine needles?

Remember that sewing machine needles must be made with a great deal of precision to avoid breakage and damage to your fabric. A good way to save money on the price of needles is to buy multipacks from a reputable manufacturer. Multipacks may come in one size or assorted sizes. Here are some brand names to look for:

Content provided for informational purposes only. eBay is not affiliated with or endorsed by Schmetz, Singer, Organ, Groz-Beckert, Janome or Bernina.