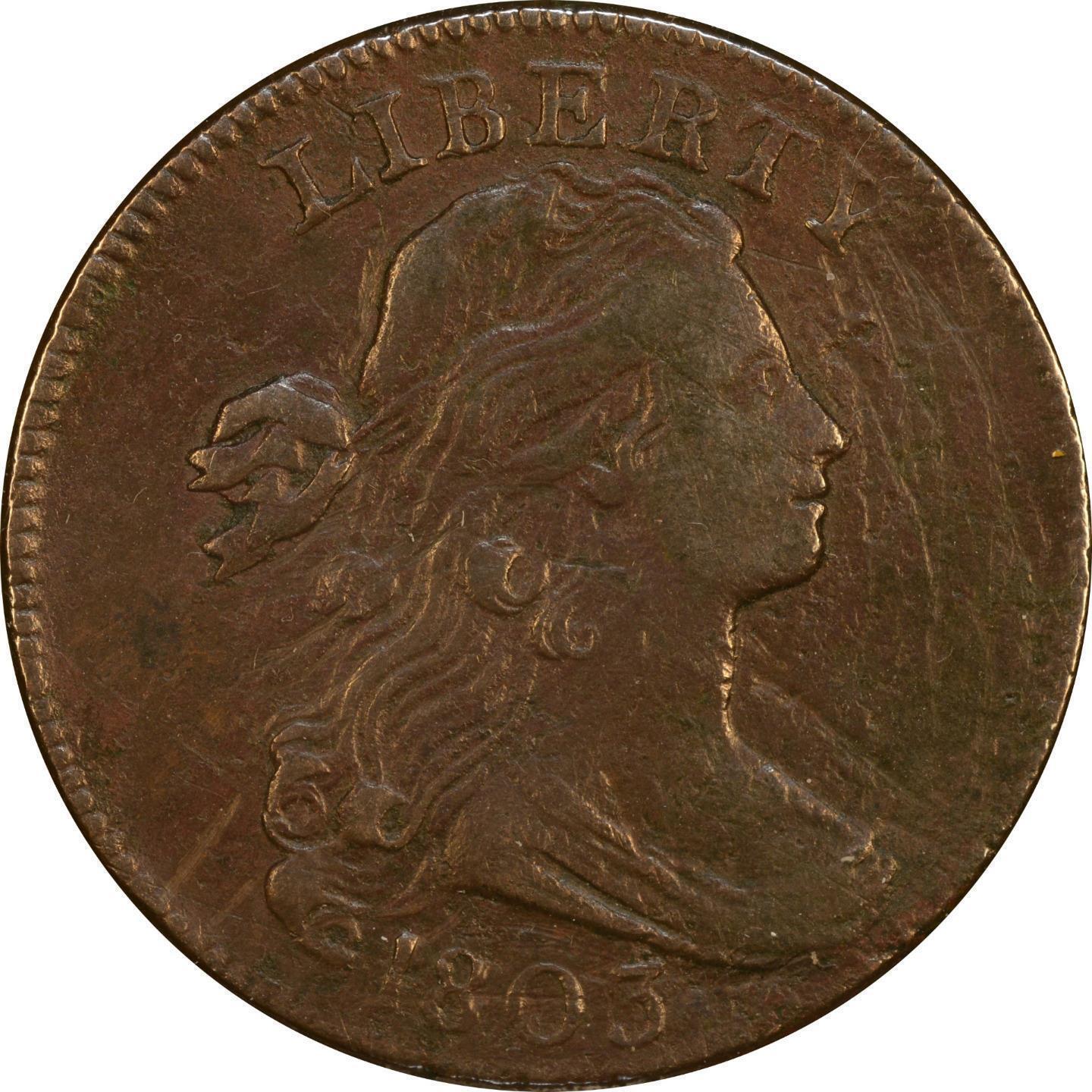 The large cent was one of the first coins ever made by the U.S. Mint. The copper coin was made in a variety of designs from 1793 until 1857. Some designs have become relatively rare.

How big is the large cent?

The large cent coin is 1 1/8 inches in diameter or 28.57 millimeters, which makes it just a little bigger than the modern quarter.

Where were large cents minted?

The large cents were produced only in the Philadelphia Mint, which was the only mint in the country at the time. They do not have mint markings.

How many varieties of the coin were made?

What does the back of the large cent look like?

The reverse of each variety but one features the words one cent inside of a wreath with United States of America written around the outside curve of the coin. The first coins made in 1793 had a circle of chain that was soon replaced by a wreath.

Why werent any large cents produced in 1815?

The United States went to war with Great Britain in 1812, which also meant they couldnt import the copper planchets they used to make the coin. The war ended in 1815, and production of the coin resumed in 1816.

Why are all pennies made after 1857 so much smaller than the large cent?

The first coins were bulky and heavy to carry around in your pocket, but the main reason for making later coins smaller was because the value of the copper contained in each coin was worth more than face value of one cent.