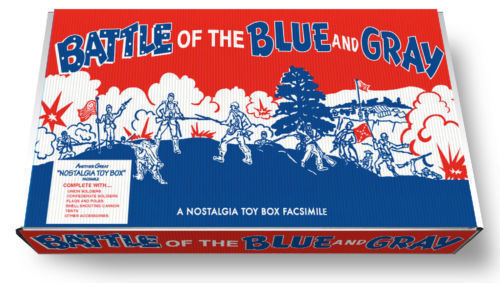 The original pull toys were ancient Greek and Egyptian clay animals with wheels on their feet dating from around 2000 BC. The vintage and antique pull toys made from tinplate and cast iron are from the 1800s, and the vintage wooden toys are from the late 1800s into the 1900s. Other materials used to make vintage pull toys include folk art toys carved from wood by individual craftsmen and paper maché toys decorated with flocking, glass eyes, and other trims.

What are the differences in metal pull toys?

Antique tinplate and cast iron pull toys were made from the middle 1800s to just before 1900. Thin sheets of steel were tin-plated, and then cut, shaped, and assembled. The tinplate toys usually had cast iron wheels. They either had wheels attached to their legs or were on a base with wheels underneath. Around 1870, manufacturers started using molds to make these vintage toys entirely from cast iron. This enabled them to be mass produced.

What is the history of the vintage Steiff pull toys?

In the 1870s, Margarete Steiff was a seamstress and felt-maker. She made some elephant-shaped pin cushions, but she noticed that her nephews played with them as if they were toys. That is when she started selling them in her shop. This was the beginning of vintage Steiff toys. The animals were made of felt with leather trim. The Steiff button was added in 1904.

What are the names of some other manufacturers?What does AAFA mean?

It is an abbreviation of Antique Americana and Folk Art. It signifies that the item is an unenhanced antique and not a reproduction. The AAFA label is not an official designation from any organization, it is merely a descriptive term.